Designing the Internet of Things

IoT continues to gain tremendous momentum, and even more organizational interest, to the tune of multi-million dollar investments. Companies like Samsung, Google, Ford, GE, and more have made tremendous organizational shifts, in order to fully understand and contribute markedly to what many are calling the next big technological revolution.

It’s both exciting and surreal. Exciting because of the potential to create intelligent environments. And surreal because many people still don’t know what IoT is, what it means, and why it’s important to them. And it’s this very mystery of IoT that should guide the next wave of IoT experiences.

As IoT continues to enter the mainstream, it needs to elevate beyond the technology, beyond the novelty of simply being connected. The value of IoT products needs to be clearly understood by consumers and seamlessly adapted to their lives.

This is the challenge that all IoT products and/or experiences will need to solve, and why traditional UX/UI designers will play a key role in IoT continued evolution. As a developer of UI’s for almost 20 years now, I’ve recently begun shifting my focus towards IoT, beginning to craft some ideas around general design principles.

Prepare for Evolving User Actions – Just as touch screens introduced the pinch, finger scroll and swipe; we’ll soon be introducing other ways of interacting with digital interfaces. We can expect that hand gestures will continue to be used, but we’ll also begin to see even more natural movements controlling our environments.

With VR, our movements mimic those of the real world. Moving our heads up, down, and around allows us to explore the VR world just as we do ours. We’ll be able to control our environments through commonly used hand and arm movements. Voice will play a huge role. Even the act of walking will dictate some level of control. As these new controls become adopted by users, they will become the standard by which we interact in this space, whether a screen is present or not. 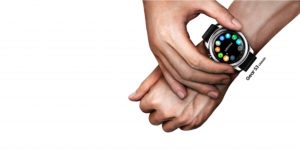 Leverage what you already know – As IoT continues to grow and evolve, we’ll encounter never-before-seen devices with associated UI’s. For those of us who design to these new environments, we’ll need to strike the right balance between new and familiar UIs.

As we create the UIs of the future, we’ll need to call upon those things that have become standard expectations among users. By evolving from what is already known, the potential of new technologies can be harnessed while maintaining enough familiarity to be usable by the user.

It’s safe to say that things like the ‘menu’ will always be a part of the experience. And just as we saw the introduction of the hamburger menu once mobile became a demand, we’ll need to explore its evolution even further within IoT environments. You need look no further than wearables like Samsung’s Gear S2 Watch to see how menu controls might evolve.

Create Contextual Experience – IoT will achieve mass adoption by consumers when products are easily understood and seamlessly integrated into their lives. To me, this means that we need to expand beyond personalization, and begin to infuse context into the experience.

Context means timely and purposeful. Context allows for experiences to be meaningful and valuable. So as we develop the experiences that will drive IoT, we need to understand that being inconspicuous, far from being a bad thing, may be the goal. When the IoT product knows you, knows where you are, and knows what you need, it will only become present as needed. Things will adapt to people, and before we know it, become fully integrated into our daily lives and habits. 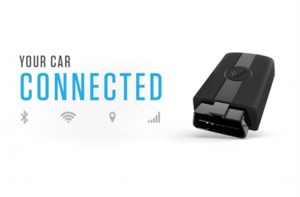 Account for Premeditated Actions – One of the most promising characteristics of IoT is the ability to predict and adapt to situations. The same could be said of the user interface. The old model of singular actions driving singular reactions will need to evolve.
We’ll begin to see interfaces that can predict a series of steps for you. A simple gesture, movement, or word will initiate a series of useful events. There will even be reactions that aren’t initiated at all.
The Nest learns our habits and adjusts intelligently without us needing to get involved. As we develop the UIs for this new dynamic, we’ll need to understand that user views will change constantly. At times we’ll need to allow for controls, while at others we’ll need to account for some sort of measurable component. And each view will be intelligently displayed, in the context of that very moment. Most Importantly, Connect People – While all of the above is important, we must never lose sight of the fact that we are connecting people, not products. The experiences need to open up dialogue and interactions, rather than encouraging people to close off even further. While we look towards a connected future, connecting us all to one another in meaningful ways will allow for more interaction and, hopefully, more productivity.
We’re seeing tremendous advancements in the field of IoT. The next step is for us to allow for user interactions that are predictable and useful, so that these technologies becomes more than just technologies, and instead becomes a meaningful way of interacting, predicting and adapting.